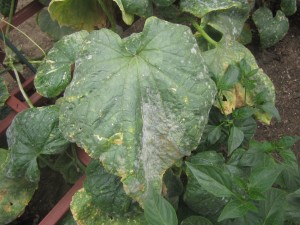 So last week I noticed that there were white spots on the cucumber leafs.  I did some googling and discovered that they have powdery mildew.  The picture on the left shows a large patch of it on one leaf, but if you look at the other leaves, you’ll see a bunch of white dots on the leaves. 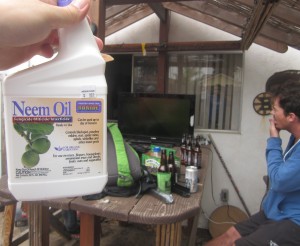 I was told that I could remove the infected leaves, but too many of them are infected that I don’t know what would happen to the plant if I removed them all. Here is a pic of the Neem Oil that I bought at Walter Andersen Nursery.  We were all hanging out at the garden watching the US Open and I just happened to catch Jude biting his nails in this picture… 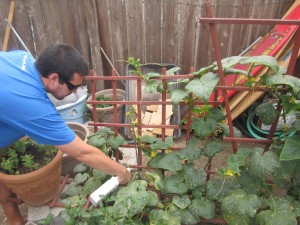 I removed a few of the very bad ones, and then sprayed the leafs down with Neem Oil.  Jude had his friends Hall, an Agridude, and Christina in town from Raleigh, NC. They garden and told me how much of oil to put on the leafs.  A light spray on each leaf should do the trick.  I was coating them pretty thick so I had to scale back.  We’ll see what happens in a week.

Hall and Christina shared a ton of good information and ideas with me.  They showed me how to prune/remove suckers on tomatoes.  Here is a link from my dad that shows you what to do.  By doing this, it puts more of the plants energy into making the fruit versus adding new leaves to the plant. 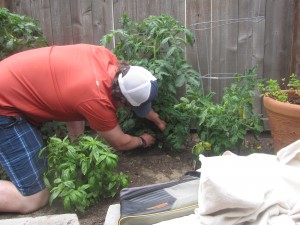 They also told me that I should remove the lowest branches on the tomato plants, especially if they touch the ground.  We also took out branches that had a lot of dead leaves on them since they are old and probably not doing much for the plant.  Here is Hall doing the pruning on our Green Zebra tomato. 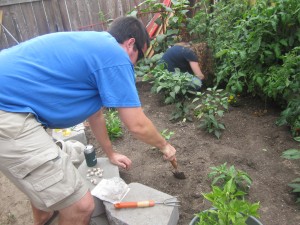 While I was up in Hell A visiting another Agridude, Grant, we went to his local garden supply store and found a bunch of onion bulbs.  We planted 15 or so in LA in his garden, and within a week, they were shooting out of the ground.  I bought a few white onions and planted them in my garden yesterday.   You can see Kelly doing some pruning work for me too.  I had done 3 plants and my knees and back were tired so I had her help me out.  It is hard for a big man to get low to the ground for the pruning with so many other plants near by.  The onions will only make that tougher…

I also took some of the leachate from my worm bin and diluted it with water in a watering can and applied it to the plants around the base of each plant.  I did this to my patio plants and they all seemed to really perk up.  I am curious to see how the plants in the garden respond to this feeding.

Here are some other pictures I took yesterday of the garden, enjoy! 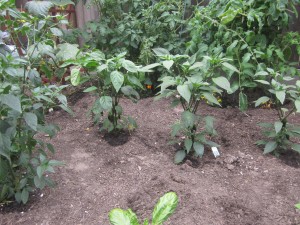 Jalapenos hanging off the plant 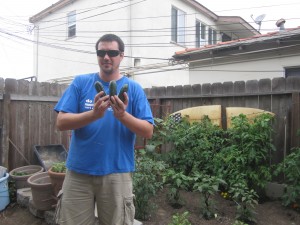 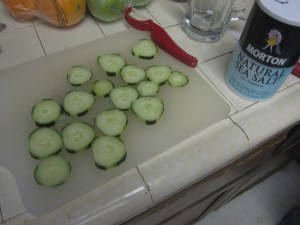 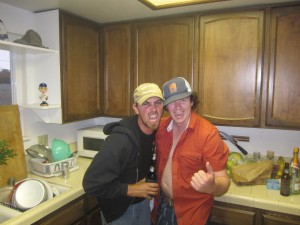